When the Missing and Murdered Indigenous Woman is a Taíno Woman 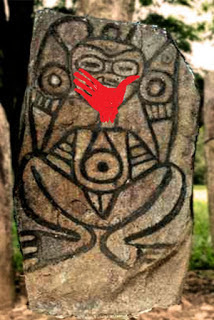 We have all been part of the Awareness Campaigns for Missing and Murdered Indigenous Women (MMIW). Many of our ituno (sisters) have been very active; just yesterday our itu Claudia Fox Tree, UCTP Liaison Officer for Massachusetts,  posted a picture on her social media page wearing a beautiful red and black outfit bringing awareness to the MMIW.

Little did I know that early this morning I would learn that one of our own, Andrea Evita “Vita” Reyes, had been murdered on December 27th, 2020, purportedly, at the hands of an ex-boyfriend who was on parole for his already existing criminal record.

It was not until yesterday that one of our Taíno ituno, Katt Vázquez Alicea, learned about the passing of whom she considered a good friend and Tribal sister; having shared beautiful moments together, including visiting our beloved Borikén (Puerto Rico) the summer of 2019. They said “presente” during the “Ricky Renuncia” Movement, where Borikuas and Puerto Ricans successfully demanded the resignation of the then Governor, Ricky Roselló.

As I attempted to connect with other Tribal relatives that also knew our itu, one of our brothers wondered: “Why are our women not considered when speaking about Missing and Murdered Indigenous Women?” It made me think of our Taíno ituno that have disappeared and/or have been murdered. Especially after Hurricanes Irma and María, where they vanished and no one has ever either found their bodies or heard from them. Leaving behind the pain to those who truly loved them and are thirsty for answers that seldom come.

The reality is that while our Taíno people go and join efforts to defend other Indigenous Relatives and their challenges in other places, I am not finding the same type of support and/or inclusion when it is us that are facing the challenges. I understand colonialism all too well, and I am also aware that the school system continues to show us as an extinct Peoples, although everyone truly knows we have been here all along, with the exception of the colonial and euro-centric people  who while seeing us right in front of their noses, prefer to see us as anything but an “indi@”.

Obvious and suspicious deaths are either categorized as “suicide”, when logic itself tells us that it was a homicide, yet in our case, there are never enough police to investigate nor money to pay someone who will make a difference. So, we continue to mourn our loved ones, feeling like besides grieving the death of our loved one, we have to recover from the punch in the gut delivered by the system itself.

No, familia, it is time to speak up and I am so saddened that it took the vile and vicious murder of our itu Andrea to face this reality of us, as a Peoples. We can no longer afford being invisible to our own relations. The “fighting terrorism since 1492” began with our Taíno Ancestors in the Caribbean. While we suffered a terrible genocide at the hands of the Europeans and eventually via the Environmental Violence that our people have been subjected to later and by others, we had survivors in all of our islands and ancestral territory. We are the descendants of those who survived. Our Women have risen just like other Indigenous sisters have. Our Love, respect, gratitude, and honor to our Culture, Great Spirit Yaya, and ancestors has never ceased. It is time to be visible, to count, to do way more than to repeat tirelessly: “We are still here!” 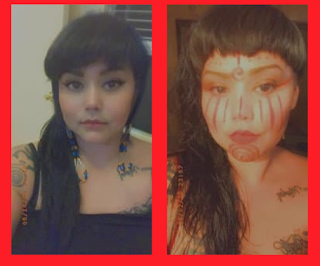 In memory of our beautiful itu Andrea Evita Reyes, now in Soraya.