Des Moines, Iowa (UCTP Taíno News) – Seeding Sovereignty, an Indigenous womxn-led collective, in collaboration with the National Network Assembly, has curated the first Indigenous Political Engagement Summit taking place from August 22-25, 2019. The summit, which will be held in Des Moines, Iowa, is being organized for indigenous leaders to learn, network, and strategize around political engagement on the own Nations and in the U.S. Congress. The summit will bring together 35 innovative indigenous leaders including UCTP representative Tai Pelli.

The Indigenous Political Engagement Summit takes place in tandem with the National Network Assembly where over 200 grassroots leaders and organizers from across the country will be present to focus on deeping relationships and broadening skills. Tai Pelli is a Borikén Taíno, a member of the Guainía Taíno Tribe, and co-founder of the Caribbean Amerindian Development Organization. Her presentation will focus on using the United Nations Declaration on the Rights of Indigenous Peoples, as well as other United Nations mechanisms accessible to Indigenous Peoples.

The United Confederation of Taíno People is an indigenous representative institution established in 1998 to protect, defend, and preserve the heritage, spiritual traditions, and human rights of Taíno Peoples.

Uncasville, CT (UCTP Taíno News) – Tata’niki Iraheta, a member of the Guainía Taíno Tribe, took first place in the Junior Men Traditional Dance at the Mohegan Wigwam Festival, which was held August 17 -18, 2019 in Connecticut. Eight-year Tata’niki has been participating in the Northeastern pow wow circuit since he was two-years-old, attending with his mother Chali’naru Dones, a representative of the United Confederation of Taíno People. His 1st place recognition at the Wigwam Festival follows two other place awards this year achieved during the Bear Mountain Pow Wow in New York and the Narragansett Pow Wow in Massachusetts. 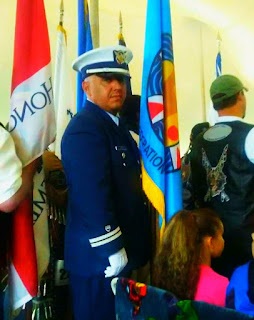 Connecticut (UCTP Taíno News) - The second day Mohegan Wigwam Festival is taking place today, August 18th, 2019 at Fort Shantock in Uncasville, Connecticut. The annual festival is free open to the public and coincides with the corn harvest. The gathering will feature traditional Mohegan and other American Indian food, music, jewelry, vendors, and dancing. Hundreds of dancers are expected to attend. UCTP Liaison Officer Angel "Lionheart" Ortiz will represent the UCTP carrying the UCTP flag in the Grand Entry that starts the dancing each day at 12noon. The festival opens at 10AM and concludes at 7PM. 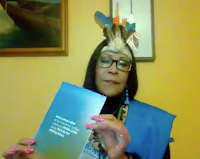 UCTP Taino News – Representing both the United Confederation of Taíno People (UCTP) and the Caribbean Amerindian Development Organization (CADO), Tai Pellicier has been invited, as part of the activities of the United Nations Indigenous Peoples Day, to participate via Skype in an event that will focus on the Implementation of the UN Declaration on the Rights of Indigenous Peoples. The invitation was extended by members of the indigenous Crimean Tatar community in Ukraine. The event will be attended by several international experts on the rights of indigenous peoples and other indigenous peoples’ representatives. Pellicier will be the sole indigenous person from the western hemisphere to participate in the round table program taking place on August 9, 2019. The UN International Day of the World's Indigenous Peoples is celebrated around the world. It was first pronounced by the General Assembly of the United Nations in December 1994, marking the day of the first meeting of the UN Working Group on Indigenous Populations of the Subcommission on the Promotion and Protection of Human Rights, in 1982.

Posted by UCTP TAINO NEWS at 12:59 PM No comments: