Say No to Racism in Puerto Rico! 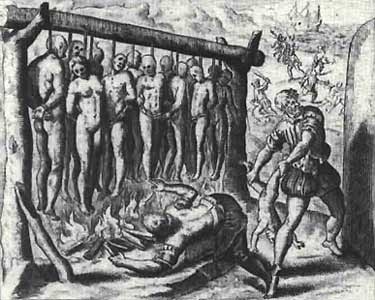 We the undersigned denounce racism against Indigenous Taino People, as well as black communities and afro-descendants in Puerto Rico.
Recently, the University of Puerto Rico’s School of Law filed a complaint with the Inter-American Commission on Human Rights citing the violation of human rights in Puerto Rico.A news article entitled "Human Rights in Puerto Rico; Are they making racism invisible?" published on March 12th at “El Post Antillano”, responded to the complaint critiquing the absence of the subject of Racism against Black communities, afro-descendants, and Indigenous Peoples in Puerto Rico.
Providing an example of current climate of racism against Indigenous Peoples in Puerto Rico,a group of radical pro-Spain Puerto Ricans, “Autonomía para Puerto Rico”, led by its president, Iván Arrache, recently launched a campaign seeking to remove references to the Indigenous Taino Peoples from school books used on the Island. The pro-Spain group also seeks to present a more "positive" image of Spanish Conquistadors in school curriculum. This group’s core political position is that Puerto Rico should be re-annexed to Spain and Puerto Ricans should again be subjects of the Spanish Crown. They claim thousands of followers on the island including former political figures and members of the Puerto Rican Board of Education.
In response to these racists positions against Indigenous Peoples and the People of Puerto Rico, a respected community member and representative of the United Confederation of Taino People, Tai Pellicier (Tai Pelli) posted a professional, well-documented response to these statements; she was subsequently slandered by members of the racist group in question; her personal Face Book page was hacked and rendered inaccessible. The President of the radical group, Ivan Arrache, has claimed responsibility for this cyber-attack taking place during Women’s History Month, March 2015.
The United Confederation of Taino People is calling on all people of good conscience to join us in expressing solidarity for our sister Tai Pellicier (Tai Pelli) and to denounce the racist attempt to remove the Taino from school text books and the intent to present the conquistador in a more "positive manner". In addition, we condemn violations against the basic human right of self-determination and all forms of racism, especially against those who proudly affirm indigenous Taino heritage, as well as institutionalized racism against Black communities and Afro-Descendants in Puerto Rico.

Sign Petition: Say No to Racism in Puerto Rico
Posted by UCTP TAINO NEWS at 12:07 PM No comments: 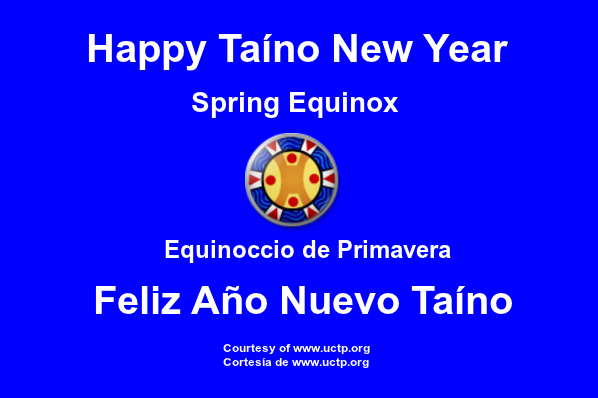 Posted by UCTP TAINO NEWS at 6:30 PM No comments:

Posted by UCTP TAINO NEWS at 2:42 PM No comments: