UCTP submission to UNPFII under Item 8: Future work of the Permanent Forum, including matters of the Economic and Social Council and emerging issues

United Nations Permanent Forum on Indigenous Issues
Item 8: Future work of the Permanent Forum, including matters
of the Economic and Social Council and emerging issues
Wednesday, 29 May, 2013

The United Confederation of Taíno People is a regional initiative representing Indigenous Peoples of the Caribbean Islands. We have participated at every session of the UNPFII seeking to raise the visibility and promote a better understanding of the situations of Indigenous Peoples from this region, which is connected to Latin America in these proceedings.

On the unusual occasion when Caribbean Indigenous Peoples, Indigenous islanders in particular, are highlighted within the system, there has been very little action on the part of U.N agencies or governments to engage in meaningful dialog or follow-up.

For example, the Programme of Action for the Second International Decade of the World’s Indigenous Peoples, under Item 6 Social and economic development, section b-85 states, and I quote:

“ It is recommended that representatives of Caribbean indigenous peoples should be included in region-specific consultations and conferences in Latin America and the Caribbean, and on steering committees for planning and implementing the programme of activities for the Second International Decade. Serious consideration should also be given to organizing a special regional consultative session focusing on the unique situation of Caribbean indigenous peoples, which would take place in the Caribbean, hosted by a Member State and a local indigenous community.”

Mr. Chair, to date there has been no such meeting and we are now nearing the close of the second Decade.

With this in mind, the United Confederation of Taíno People recommends that the Permanent Forum:

1.) Call on the Inter-Agency Support Group and Governments to support a regional consultative meeting on the situation of Caribbean Indigenous including Indigenous Peoples of non-self governing territories and unincorporated territories in the region, without discrimination.

Hahom (thank you).
Posted by UCTP TAINO NEWS at 6:08 PM No comments:

United Nations (UCTP Taino News) - Over 2000 representatives of Indigenous Peoples have registered and are expected to attend the 12th session of United Nations Permanent Forum on Indigenous Issues. The Forum opened on 20 May and will close on May 2012. Some of the themes to be discussed include culture, education and health, as well as youth, Indigenous Peoples of Africa and international financial institutions. The session opened with a welcome blessing by Todadaho Sid Hill, a traditional Chief of the Onondaga Nation, part of the Six Nations or Iroquois Confederacy.

A message from the Secretary General Ban Ki Moon was delivered by  Wu Hongbo, Under-Secretary-General for Economic and Social Affairs. The message stressed that “We must have a better understanding of the views and values of indigenous peoples by engaging them in decision-making and providing a platform for issues affecting their lives and livelihoods.”

The Forum also elected a new chairperson, Paul Kanyinke Sena, who will facilitate the two-week session. A Maasai from Kenya, Sena stated in his opening address that  Indigenous concepts of health and healing includes not only access without discrimination to social and health services, but also includes connections with family, land and language, as well as access to traditional plants, animals and minerals.

Among the diverse participants of this year’s session representatives of Caribbean Indigenous Peoples such as the Lokono Arawak, Carib, and Taino are in attendance. The United Confederation of Taino People, for example, has accredited a number of delegates from throughout the Caribbean region including Borikén (Puerto Rico), Barbados, and Guyana.

Along with the various discussions and debates taking place during the week, a number of side-events on related-issues will take place in and around United Nations Headquarters.

We welcome you to New York for the twelfth session, which starts on 20 May 2013 and ends on 31 May 2013. The attachment to this letter provides an outline of matters pertaining to the session.

We are pleased to announce that the renovations of most of the Conference Rooms at the United Nations Headquarters are almost completed. The opening of the session will be held in the General Assembly Hall and will commence at 11am. In the afternoon and for the rest of the session, the meeting will be in Trusteeship Council Chamber.

The twelfth session of the Permanent Forum will be significant because it is the Permanent Forum’s review year with special emphasis on the implementation of UNPFII recommendations on: (i) health; (ii) education; and (iii) culture.

The special regional focus of the Forum will be on indigenous peoples in Africa. A half-day discussion will be devoted to this region.

Other features of the Forum’s twelfth session will include Human Rights, the World Conference on Indigenous Peoples (2014), Discussions on the Post 2015 Development Agenda and discussions on a number of studies completed this year by members of the Permanent Forum.

We take this opportunity to draw your attention to the preparatory meeting of the Indigenous Global Caucus on the weekend before the Permanent Forum session 18 – 19 May 2013. As in previous years, the meeting will take place on the 2nd floor of the Church Center for the United Nations at 777 UN Plaza (corner of East 44th Street and 1st Avenue), across the street from the main entrance to the United Nations.

One important note – all registrations for new Indigenous Peoples’ Organizations and Academics are now closed. Please be advised you must be pre-registered in order to attend the Forum. You must also bring your confirmation letter and a photo ID such as a passport or driver’s licence to the Registration desk.

The Registration Desk will be closed from 12:30 p.m. to 14:00 p.m. Participants attending only side-events should register in the morning before those events take place.

Passing of a Lokono Arawak Matriarch 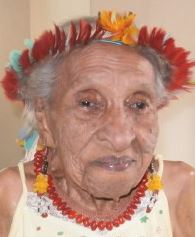