Peace and Dignity Journeys 2012 Coming to a Close

Uaxactun, Guatemala (UCTP Taino News) - The Peace and Dignity Journeys, a continental spiritual run held every four years by Indigenous Peoples from throughout the Western Hemisphere will end today Uaxactun, in Guatemala. The run began May 1st, with two groups of runners beginning simultaneously in Chickaloon, Alaska and Tierra del Fuego, Argentina.  The runners traveled through various indigenous communities carrying sacred staffs representing the prayers of the communities they have passed through since the first run and beyond. Each Peace and Dignity Journeys is dedicated to a specific prayer with 2012 dedicated to water.


Among the Indigenous Peoples participating in the 2012 Peace and Dignity Journeys, Caribbean Indigenous Peoples have been represented and will be present during the closing ceremonies. Following two local Caribbean runs, one in Kiskeia (Dominican Republic) and one in Boriken (Puerto Rico), two youth Taino youth representatives, Yari Sina Sierra and Wakanari Arawak, have continued on with the main contingent entering Guatemala today. Also participating in the closing ceremonies are Kasike Roman Guaraguarix Perez and Sherri Vigor of Yucayeque Maisiti and Bibi Vanessa Inarunikia Pastrano, found of the Bohio de Atabei Caribbean Indigenous Women’s Circle, and Council member of the United Confederation of Taino People. Pastrano was worked together with the Peace and Dignity Journeys since 2010 as a regional coordinator and contact for the Caribbean.


The Peace and Dignity Journeys will culminate in various ceremonies over the next few days, officially ending on Dec. 4.

Indigenous people were absent from the Millennium Declaration and have remained so throughout the Millennium Development Goals processes: according to the UN System Task Team report on the post-2015 agenda, the MDGs have not reached the poorest and most marginalized people. To ensure that inequalities are addressed in the post-2015 agenda, the Global Thematic Consultation on Addressing Inequalities (co-led by UNICEF and UN Women) is holding a series of online, moderated discussions to gather views from a broad range of stakeholders on what the post-2015 development agenda should look like.  In this context, we would like to invite you to join an online discussion on inequalities and indigenous peoples, co-moderated by the Secretariat of the Permanent Forum on Indigenous Issues (SPFII) and experts from Indigenous Peoples’ Organizations.

The discussion is taking place from 27 November to 14 December. To participate, please post your response in the discussion forum at www.worldwewant2015.org/node/284745. You are invited to register to the consultation here. The site is available in English, French and Spanish. You are invited to post your comments in any of the sixty languages supported by Google Translate.  If you are unable to access the site, please email your response to: inequalities@worldwewant2015.org.

To kick off the global conversation, we invite you to reflect on the following questions, among others:

1. What are the most important forms of inequalities faced by indigenous peoples? - including discussion of where and among whom these challenges occur, their severity, the evidence about them, etc.

2. What are the major structural factors at the root of these inequalities, within and among different societies?

3. What kinds of policies, strategies or interventions have been most successful in addressing the various inequalities experienced by indigenous peoples? And under which conditions/in which situations have particular policies, strategies or interventions had the greatest, lasting impact? (Contributors may wish to cite examples or give references to these “successes”).

4. Based on experience, what are the most important recommendations that could be proposed in the Post-2015 Development Agenda for making a lasting and transformative impact on the different forms of inequalities faced by indigenous peoples?

5. What actions and initiatives could be taken by different stakeholders, including civil society and indigenous peoples organizations, to bring about lasting improvements in these inequalities? And how should those who face inequalities themselves be enabled to participate in the implementation phase of the new Development Framework?

The recommendations emerging from your contributions will be incorporated into a report on ‘Addressing Inequalities in the Post-2015 Development Agenda’, to be presented at a high-level meeting in February 2013 in Copenhagen. The report will also be transmitted to the High-level Panel on Post-2015, appointed by the UN Secretary-General.

The consultation aims to be as broad and open as possible, in order to enable a multitude of voices to be heard from academia, media, indigenous peoples’ organizations, non-governmental organizations (NGOs), civil society, private sector, governments and the UN System.  We look forward to hearing from you on how to realize the Future We Want for All. 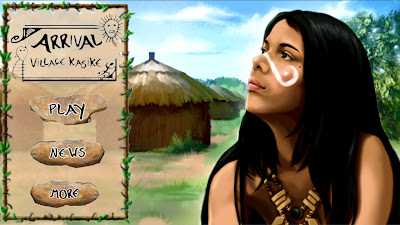 
Arrival: VillageKasike presents the story of Naniki, a Taíno woman, who, through fate, must lead a struggling village somewhere in the Caribbean. The iOS game was developed in collaboration with the United Confederation of Taíno People with Roberto Múkaro Borrero, President of The United Confederation of Taíno People as project’s lead consultant. Borrero reviewed the various aspects of ancient Taíno life portrayed - from clothing, farming techniques, and socio-ceremonial presentations – in an effort to provided the highest standard of accuracy in this setting. In his personal capacity as a renowned Taíno musician, Borrero also provided Taíno music and speech to create a more immersive and authentic experience. 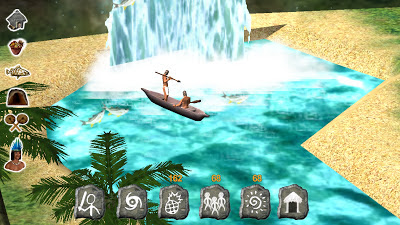 “There were a few concerns, but the fact that we would be consulting all through development was a critical factor” noted Borrero. “The potential for introducing our ancient and contemporary culture to vast audiences using this technology was an educational opportunity that merited our attention and participation.”

According to Raindrop games, the goal was to create engaging, entertaining, and educational game play experience were the concept of “balance” is the key to survival.
Recommended devices for game play are iPhone 4 or newer, all iPads, iOS 5 or newer is required. Those interested in Arrival: Village Kasike can open iTunes to purchase and download the apps. Raindrop games also maintains a website for more information at http://www.arrivalgame.com/.