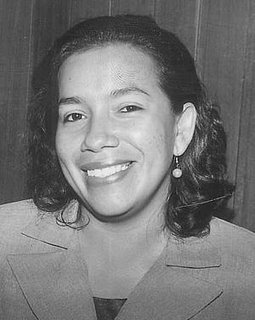 Guyana, South America - President-elect Bharrat Jagdeo last evening named the first minister in his new Cabinet. Carolyn Rodrigues will retain her portfolio as Minister of Amerindian Affairs. Jagdeo who was re-elected president in the just concluded general and regional elections made the announcement while addressing an audience at the Umana Yana at the launching of Amerindian Heritage month.

According to a release from the Government Information Agency (GINA) the President also said that that he was hurt when he heard that an unnamed country (Suriname) was preparing to accommodate Guyanese refugees in anticipation of a possible outbreak of violence following Monday's polls. Post-elections violence has blighted this country since 1992 and many were fearful that there would have been attacks this time around.

Jagdeo did not give any further hints of the make-up of his cabinet, but he lauded the performance of Rodrigues, describing her as a wonderful person who has worked hard and genuinely cares for the people. He said he needed people like Rodrigues to work with him. Jagdeo also said that much more work needs to be done in indigenous communities, promising that his government for the next five years would focus on that.

He also addressed a few words to PNCR-1G presidential candidate Robert Corbin who was also at the event.

"I want to say to Mr. Corbin who is here that it will be our task over the next five years to take this country forward. We have to find ways, innovative ways to work together to solve the problems of our people".