United Nations (UCTP Taino News) - The UN Human Rights Council accepted nominations for the United Nations Special Rapporteur on the Rights of Indigenous Peoples until October 2019. Among the nominees are Jose Francisco Cali Tzay, a Mayan Cakchiquel from Guatemala and former member (through December 2019) and past President of the UN CERD. In addition to his many other accomplishments, he is also the President of the Board of Directors of the International Indian Treaty Council for the past 20 years.


Indigenous organizations from around the world have already submitted letters of support for the nomination of Cali Tzay, including the United Confederation of Taíno People (UCTP).

In a joint statement with the Caribbean Amerindian Development Organization, UCTP President, Roberto Múkaro Borrero stated: “We commend the remarkable work Mr. Cali Tzay has accomplished in the field of human rights, in particular, issues concerning indigenous peoples internationally, over his career.”

Appointments of Special Procedures Mandate Holders are expected to be made at the 43rd session of the Human Rights Council to be held in Geneva, Switzerland from 24 February - 20 March 2020. 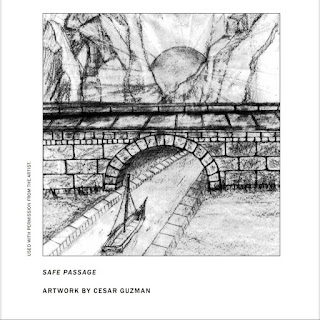 New York (UCTP Taíno News) – Taíno community member, Cesar Guzman was selected and published in the 2020 edition of “Connections: A free guide for formally incarcerated people in New York City.” Connections is produced by the New York Public Library and is accessed by tens of thousands of New Yorkers every year who are looking for information on social service assistance, human rights, and other information. Guzman received a Certificate of Award in recognition of his “outstanding artistic interpretation of Connections” and his artwork appeared on page 219.