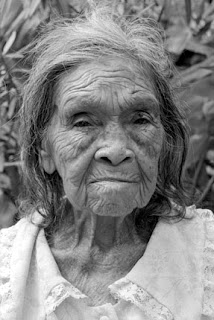 UCTP Taino News – The National Museum of the American Indian, George Gustuv Heye is closing its Caribbean Indigenous focused photo exhibition, “The New Old World” after several extensions on March 17, 2008.
The exhibition featuring photographs by Marisol Villanueva have been on display at the Heye since June 2007. According to Villanueva the concept of The New Old World project emerged from her being a witness of the demonstrations and protests of the indigenous people on the so celebrated five hundred anniversary of the invasion of the land that is today known as the Americas or the New World.

In an interview with UCTP Taíno News, Villanueva also notes that “the initial phase of the project Antilles: Living Beyond the Myth, currently exhibiting at the Smithsonian National Museum of the American Indian (NMAI) in New York, takes place in the Caribbean Antilles, where most people think all indigenous people vanished after the Europeans got there.”

She continued stating “this exhibition challenges that myth of extinction, represented not only by the survival of the indigenous people of the Caribbean, but also by the revitalization movements and legacy that still lives in our culture.”

NMAI is also working on updates to the exhibition’s online version, adding video interviews and excerpts of a forum that accompanied it when it traveled to Puerto Rico in 2005.

Villanueva hopes the project will provide the public with the “opportunity of learning a little more about the true story of the indigenous people of the Caribbean Antilles, their way of living and to be conscious of how much of our culture still lives on.”
Photo: Melanie Calderón, Trinidad (Credit: Marisol Villanueva)