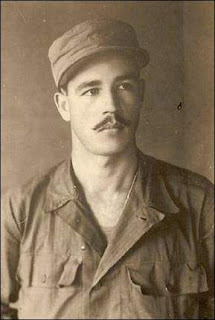 (May 28, 2007) — Among those we need to remember this Memorial Day are the brave men of Puerto Rico's 65th Infanteria/Infantry Regiment who, like many others, sacrificed much to defend the American way of life.

The 65th or "Los Borinqueneers" (derived from "Boriken," the Taino Indian name for Puerto Rico) was a segregated Army unit composed of Puerto Ricans. The 65th began as an all-volunteer unit in 1899, soon after the Spanish-American War, when the U.S. government cultivated Puerto Rico as a strategic buffer in defense of U.S. interests in the region.

Then, in 1917, President Woodrow Wilson signed the Jones Act that made Puerto Rico a U.S. territory and granted Puerto Ricans U.S. citizenship as well as the opportunity to serve in the U.S. military. He also signed the Compulsory Military Service Act, which ushered in the drafting of 20,000 Puerto Ricans into World War I. Puerto Ricans also served during World War II. However, it was during the Korean War that the 65th made its mark and saw extensive combat as part of the 3rd Army Division.

As a segregated unit, the 65th was not without challenges. My dad, Jose Olivieri Rivera, who served with the 65th during the Korean War, recently told me, the "65th Puerto Ricans themselves were segregated according to color and height, and when stateside were told to use facilities designated for 'whites' and 'Negroes' accordingly."

Nonetheless, serving in the armed forces has been an honorable tradition among many Puerto Rican families. So, I do not understand why Ken Burns' documentary series The War originally did not include interviews or information regarding the 500,000 Latinos who served during WWII.

It is time for us to recognize the significant contributions that we have all made in the defense of this country and to rewrite our textbooks and re-edit our films so that all of our young people can gain a better appreciation of the sacrifices we have all made as Americans.

In the soon-to-be-released The Borinqueneers, a documentary on the 65th Infantry, filmmaker Noemi Figueroa Soulet does provide us with a poignant account of the military history of the Puerto Rican soldier.

Through the use of rare film footage and interviews with 65th Infantry members and their American commanders, we gain a keen insight into the personalities that drove many decisions made in the field during the Korean War.