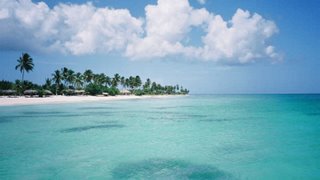 SANTO DOMINGO - In recent days heavy equipment of the Government’s Public Works Ministry has caused considerable ecological damage in the National Park of the East, to build a vehicular access of some two kilometers, where environmentalists denounced the destruction of forest areas.

According to the newspaper Hoy, a trail is being blazed in the forest in order clear a swath until the zone known as La Palmilla, in that National Park and it is fact not the first assault on that natural area located the island’s southeastern tip, some 165 kilometers from this capital, reports Hoy.

The first of those attempted invasions disguised as legal took place in the 1990s, when a French designer firm tried to “lease” Isla Saona from the Dominican Government, to build a resort which would have included several hotels in one of the Park’s most coveted zones.
The second assault took place in 1998, when a large portion of Catalinita Island –in the middle of the straits of Catuano- was occupied and a trail of some 600 meters was opened in the islet which is less than one kilometer in length.

The one recently is the 3rd occurrence of devastation against the National Park of the East, and each one of them destroys a part of the ecological reserve’s natural and cultural heritage.
The first incursion ravaged a lagoon, inhabited by an important variety of aquatic birds and various types of mangroves. It also destroyed a large Taino Indian settlement, where thousands of pieces of earthenware were visible.

The incursion into Catalinita Island eliminated from 15 to 20 percent of its vegetation, considered a bonsai forest given the aspect and age of its plants. The damage to the fauna has never been tallied.

This third invasion threatens to be of most destructive, because to reach La Palmilla it will be necessary to destroy several square kilometers of forest, whereas the archaeological damage could still not be estimated because of the lack of studies of that zone.

But it is known that the area of La Palmilla was a point of entry to the sea of a native establishment near the coast, the experts say.
Posted by UCTP TAINO NEWS at 12:15 AM