World's most expensive smoke is a Behike.

Havana, Cuba (UCTP Taino News) - Cohiba’s “Behike” is the world's most expensive cigar at $440 each and available only in boxes of 40 for $18,860. The Cuban havanas from the Cohiba brand are so precious that no one has actually lit one yet, although the blend was tested by a group of tasters before the cigar went into hand-made production, according to Norma Fernandez, a veteran "torcedora" or cigar-roller from the El Laguito factory in Havana.

The cigars are truly "hand-made" as Ms. Fernandez rolled all 4,000 cigars herself for the strictly limited edition.

Fernandez also decided on the tobacco blend to be used which was designed to honor 40 years of the Cohiba brand. "I'm not going to reveal the formula," she told reporters.

The Cohiba "Behike" is named after the “shaman or medicine person” of Cuba's indigenous Taino People. 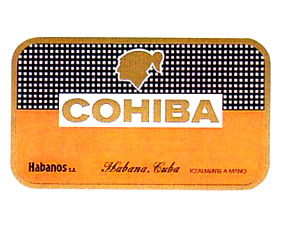 How do you pronounce the word behike?