Living in America: The Allure of Gold

Living in America: The Allure of Gold

Gold is an enduring icon of wealth, beauty and power. Immortalized in the daily lives and cultural beliefs of ancient peoples, it was the first metal worked by humans; today it is still the most universal currency. Deposits of gold have been found on every continent except Antarctica. Gold also played a compelling role in the history of the Americas. Beginning with the voyages of Columbus through the Gold Rush era that drove a massive migration westward; this precious metal is a part of the formation of the American identity. This year’s Living in America theme recognizes the expressions, effects and allure that gold has on culture through exciting musical performances, discussions, and films for adults and families. 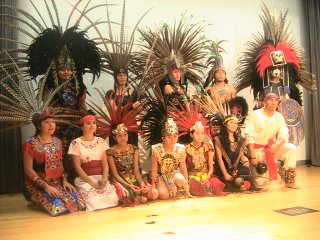 Mexica dance group Atl-Tlachinolli performs the centuries-old indigenous ritual dance traditions of the Aztecs. The vibrant and colorful music and dance presentation begins with ceremonial recognition of the four directions and dances conducted in four cycles. The group makes use of pre-Columbian instruments, rhythms, and regalia. 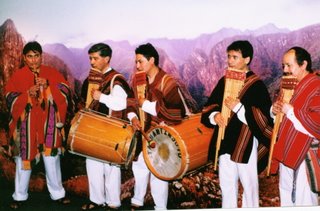 Tahuantinsuyo, a group of traditional Andean musicians, will perform music from the ancient Incan empire, now the countries of Peru, Ecuador, Chile, Argentina, Bolivia and Colombia. Performing together internationally for over 20 years, the group uses an array of pan-pipes, flutes, drums, string instruments, and colorful traditional clothing. A series of stunning slides featuring the geography and culture of the Andes will enhance the program. 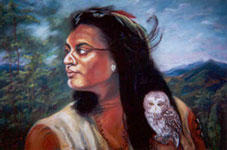 All programs are free with suggested Museum admission. Neither tickets nor reservations are required. Seating is limited and is on a first-come, first-served basis. It is recommended that you arrive in plenty of time to enter the Museum and locate the program space. Please use the main entrance at Central Park West at 79th Street.

For further information, call the Museum's Department of Education at 212-769-5315 between 9:00 a.m. and 5:00 p.m. weekdays. Program information is also available on the Museum’s Web site at www.amnh.org/livinginamerica/ A three-story parking garage is open during Museum hours; enter from West 81st Street. For public transportation, call 212-769-5100.

Living in America/Global Weekends are made possible, in part, by The Coca-Cola Company, the City of New York, and the New York City Council. Additional support has been provided by the May and Samuel Rudin Family Foundation, Inc., the Tolan Family, and the family of Frederick H. Leonhardt.