Taino prepare for change in season

UCTP Taino News - March 20 is recognized around the world as symbolic of the seasonal change. Spring will be welcomed north of the equator while the cooler temperatures of autumn are expected south of the equator. Indigenous Taino throughout the Caribbean and the Diaspora will celebrate this change in season during various ceremonial observances marking the vernal equinox.
The Consejo General de Tainos Borincanos for example has organized an equinox cerem 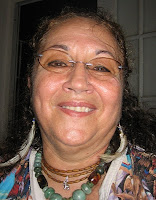 ony in the Trujillo Alto area of Boriken (Puerto Rico) while members of Taino Iukaieke Guainia will hold ceremony at Brook Park in the Bronx, New York. Community member Ana Carmona, a Boriken Taino community member will lead a ceremony in Costa Rica.

Carmona states that “the equinox is a time of beginnings, creativity, and positive changes.” She hopes that community members will “open their hearts to all the opportunities that life has to offer during this sacred time.”

An equinox occurs twice a year -- in March and September -- when the sun shines directly on the equator and the length of day and night are nearly equal in all parts of the world. This year on March 20 at precisely 1:32 P.M. EDT, the Sun will cross directly over the Earth's equator.