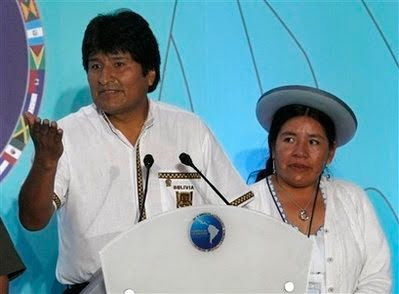 The countries agreed to create the bloc at the Rio Group summit ending Tuesday in Mexico.

Cuban President Raul Castro was one of the first to laud the announcement during the final summit session broadcast live on television as a historic move toward "the constitution of a purely Latin American and Caribbean regional organisation".

US Assistant Secretary of State for Western Hemisphere Affairs Arturo Valenzuela said yesterday in Washington that the United States did not see the new grouping as a problem.

The new grouping was expected to serve as an alternative to the Organisation of American States (OAS), which includes the North American neighbours and has been the main forum for regional affairs in the past half-century.

However, Valenzuela said this should not be an effort that would replace the OAS.