Pirates of the Caribbean Resurface 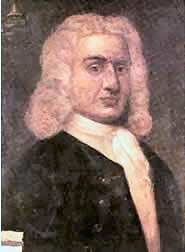 Dominican Republic (UCTP Taino News) - The wreckage of the infamous Captain Kidd's abandoned pirate ship has been found in shallow waters off the Dominican Republic, a research team claims.

An underwater archeology team from Indian University (IU) reports that the remains of the Quedagh Merchant was just 70 feet off the coast of Catalina Island in less than 10 feet of seawater.

The IU team has been licensed by the Dominican Republic's Oficina Nacional De Patrimonio Cultural Subacuático (ONPCS) to study the wreckage and convert the site into an underwater preserve for the public. One of the main concerns now is keeping the site safe from looting.

According to a Indian University press release, the IU team has worked closely with ONPCS for 11 years conducting underwater and land-based archaeological research related to the era when the Old World and New World first collided. Much of their work is focused in the area of La Isabela Bay, the site of the first permanent Spanish settlement established by Christopher Columbus.

The IU team suggests that this recent find continues their work documenting the "age of discovery to the golden age of piracy", as well as the transformation of both the indigenous Taino and introduced cultures of the Caribbean. The Taino were the first indigenous people to interact with Europeans in this region of the world.