Williams is the first Kalinago Lawyer in Dominica 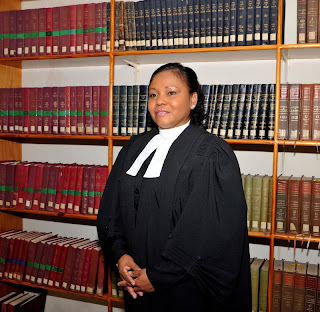 Waitikubuli/Dominica (UCTP Taino News) – Pearl Diane Williams, is the first indigenous Kalinago Carib person from Waitikubuli (Dominica) and possibly the Eastern Caribbean to be admitted to the Bar in the Commonwealth of Dominica. Ms. Williams pursued her bachelors degree in Law at the Cave-Hill Campus at the University of the West Indies in Barbados, where she successfully completed her degree with second class honours.

Miss Williams was one of the first indigenous persons from the Eastern Caribbean to have benefited from the Sir Arthur Lewis Indigenous Scholarship program launched in 2005. After she completed her studies in Barbados, she proceeded to the Hugh Wooding Law School in Trinidad and Tobago where she successfully obtained the Legal Education Certificate, which qualified her to be admitted to the Bar in Dominica.

Miss Williams is the daughter of Margaret and Charles Williams (former Kalinago Carib Chief of Waitikubuli/Dominica). The young lawyer believes that the Indigenous Peoples in the region have not been inadequately recognized and represented but that her calling to the Bar signifies a “new beginning” for her people.