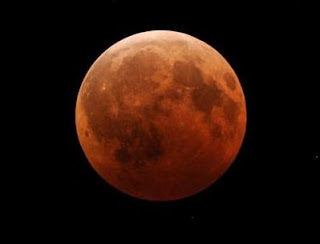 UCTP Taíno News – Over the weekend and through Tuesday December 21st, Taíno people acknowledged the winter solstice with gatherings and areito (ceremonies) in their island homelands and the Diaspora. This year’s winter solstice was even more significant as it coincided with a total lunar eclipse and a full moon. The last time an eclipse took place during the solstice was in the year 1638.
Acknowledging the significance of this celestial event and the associated Taíno areito, Miguel Sobaoko Koromo Sague stated “Our ancestors are watching for signs that we are committed to bringing back these powerful traditions.”

Commenting from Borikén (Puerto Rico) on Tuesday a young Taíno woman, Yari Sierra stated “Today is a day to heal and reflect on the incredible gift the great Mother has give us, which is one we will not experience again... I only hope people will come to value these gifts the universe has shared.”
The next eclipse to coincide with a solstice will occur in 84 years.