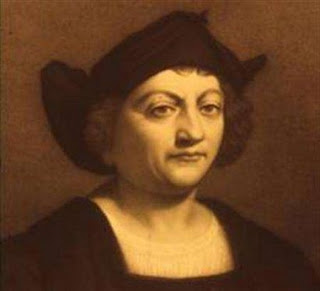 UCTP Taino News - A recent genetic study is being touted as evidence to support the theory that Christopher Columbus brought syphilis to Europe from the New World.

According to a report by Reuters, U.S. researchers said “a genetic analysis of the syphilis family tree reveals that its closest relative was a South American cousin that causes yaws, an infection caused by a sub-species of the same bacteria.” Kristin Harper, an evolutionary biologist at Emory University in Atlanta states that “syphilis or a progenitor came from the New World to the Old World and this happened pretty recently in human history."

Harper believes the new genetic data supports what has come to be known as the “Columbian theory," which links the first recorded European syphilis epidemic in 1495 to the return of Columbus and his crew.

Sampling strains of bacteria, which included two strains of “yaws” from Guyana, the study concluded that while yaws is an ancient infection, venereal syphilis came about fairly recently. Harper suspects a nonvenereal subspecies of the tropical disease quickly evolved into venereal syphilis that could survive in the cooler, European climate. She admits that it is not clear how this process took place.

Harper also admits that while the study indicates that “the ancestor of syphilis came from the New World,” what exactly it was like the scientist still don’t know.

“With regard to this data, our concern is that its sensational aspects will be misinterpreted to refuel attempts to link the venereal disease to the Taino People since we were the first to meet Columbus and his crew.” stated Roberto Borrero, a representative of the United Confederation of Taino People. “This would be unfortunate especially as this new study only claims that a progenitor of the disease came from the so-called New World.”

Borrero explained that “a few of our ancestral stories do mention a particular skin condition called karakarakol, which according to what we know today describes yaws.”

Yaws is an infectious disease that occurs mainly in tropical regions. Caused by the bacterium Treponema pertenue, the disease features characteristic bumps on the skin of the face, hands, feet, and genital area. Over a period of time, the bones as well as the joints are affected as well. Most cases of yaws occur in children under 15 years of age and it is spread by direct contact with skin lesions or cuts. Treponema pertenue is described as a subspecies of the organism responsible for syphilis.

“European colonizers mention karakarakol or ‘bubas’ in their reports along with the indigenous treatment of the affliction being medicine derived from the Guaiakan tree” Borrero continued. “According to these early reports the Europeans seemed to be quite familiar with this type of disease as they refer to it as the French disease.”

Some scientists are have already voiced disagreement with the new findings indicating Harper’s conclusions relied too heavily on genetic changes from the Guyana samples.

"The debate about the origins of syphilis has continued for nearly 500 years," noted Borrero who added “In a climate that glorifies Columbus and attempts to justify the genocide of indigenous peoples by denigrating the lifestyle of our ancestors as savage and immoral, one important aspect of this research is that it suggests the disease may not have been transmitted through sex until it adapted to the environment in Europe.”