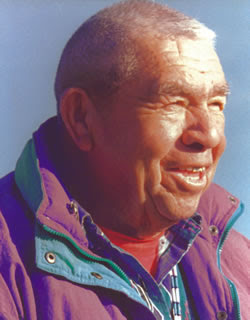 Harney had dedicated his life to fighting the nuclear testing and dumping. He received numerous national and international awards and spoke before the United Nations in Geneva, Switzerland. Corbin also authored two books: "The Way It Is: One Water, One Air, One Earth" (Blue Dolphin Publishing, 1995) and a forthcoming book, "The Nature Way". Numerous documentaries have been made about his work and message. In 1994, Corbin established the Shundahai Network to work with people and organizations to respond to spiritual and environmental concerns on nuclear issues.

Over his lifetime, Harney traveled around the world as a speaker, healer and spiritual leader with a profound spiritual and environmental message for all. In 1995, he visited the island of Boriken (Puerto Rico) meeting with the general public as well as representatives of the island’s indigenous Taino leadership via the Consejo General de Tainos Borincanos.

Upon receiving the news of Harney’s passing, Elba Anaka Lugo, President of the Consejo General de Tainos Borincanos stated “we will surely miss this dear elder who dedicated himself to promoting the traditional ways of Indigenous Peoples. Grandfather Corbin was a respected relative/brother and we will always consider it an honor to have participated in ceremony together in our scared ceremonial grounds of Caguana.”

President Lugo also announced that a special prayer will be offered in memory Grandfather Harney during the up-coming annual congress of the Consejo General de Tainos Borincanos, which will be held in Caguana, Puerto Rico on July 25 this year.

According to a statement released by his immediate family, Corbin Harney is descended from generations of Newe (Shoshone) traditional healers and was always grateful for the many extraordinary teachers who shared their knowledge in his lifetime. He is survived by his daughter Reynaulda Taylor; granddaughters Ann Taylor and Nada Leno; grandsons Keith, Jon and Joel Leno and William Henry Taylor; seven great-grandchildren; two great-great grandchildren; and his sister Rosie Blossom's family and many cousins and other family members as well as many, many friends around the world.

This is a follow-up note on visitation and burial serives for Elder Corbin Harney sent in by our sister Xiomara Bell:

• Visitation in Tee Pee begins at 10 a.m. on Saturday through sunset on Sunday.

• Food and other donations welcome.