Puerto Rico Issue to Be Included in UN Agenda 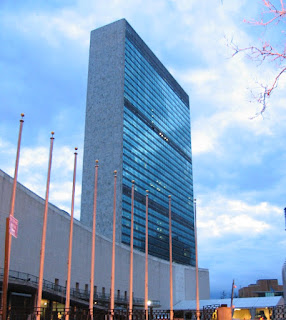 United Nations, Jun 14 (Prensa Latina) The Special Committee on Decolonization requested for the first time that the UN General Assembly review the case of Puerto Rico in a comprehensive way, after approving 25 fruitless resolutions on the issue over the past 30 years.

That request implies that discussions on the situation of that Caribbean island under US rule would get out of the narrow framework of the Special Committee on Decolonization to be debated at the United Nations.

The upgrade of the Puerto Rico issue is contained in a declaration presented by Cuba and the Bolivarian Republic of Venezuela and passed by consensus on Thursday at the Special Committee on Decolonization, which is attached to the UN General Assembly.

Cuban Ambassador to the UN Rodrigo Malmierca said the inclusion of the Puerto Rico issue in the General Assembly's agenda is an urgent matter due to its growing importance.

"Most Puerto Rican forces agree on that," pointed out Malmierca when presenting the resolution.

The Cuban diplomat noted that despite more than 30 years of efforts and 25 resolutions and decisions on the issue at the Committee, the Puerto Rican people cannot exercise their legitimate right to genuine self-determination.

"At the same time, the United States is trying by all means to strengthen its economic, political and social power on this brother Latin American and Caribbean people," he added.

In addition to the request to the General Assembly, the resolution approved on Thursday also called US authorities to create the conditions to allow the Puerto Rican people to fully exercise their right to free determination and independence.
Posted by UCTP TAINO NEWS at 12:51 PM