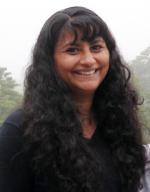 On some of the days, Claudia shared the stage with Ella Garlits (Navajo) and Lt. Bigman (Objibway). Ms. Garlits lives in Germany and her husband is in the military. She shared Navajo history, traditions, and artifacts. She also made Fry Bread. Ms. Bigman is stationed in Germany and she shared her Nation's Jingle Dress Dancing. The event was well-received by military personnel. Claudia frequently had a long line of soldiers, teachers, and children waiting to shake her hand and say "Thank you" at the end of the performance.
UCTPTN 12.07.2004
Posted by UCTP TAINO NEWS at 3:29 PM